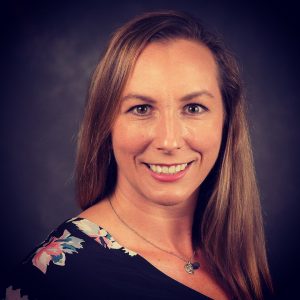 In my post-doctoral research with Patrick Casey at Duke University, I demonstrated that the heterotrimeric G protein alpha subunit, Gαz, is a tonic inhibitor of adenylyl cyclase in pancreatic beta-cells, negatively regulating cAMP accumulation and blunting glucose-stimulated insulin secretion. Mice deficient in Gαz secrete more insulin in response to glucose and have improved glucose clearance as compared to wild-type mice. Gαz-null mice also exhibit an increased rate of beta-cell replication, whether stimulated by high-fat diet feeding, aging, or the synergy of the two. Thus, the Gαz signaling pathway may be one physiological and/or pharmacological target to augment both of the beta-cell problems in type 2 diabetes: decreased beta-cell function on a cellular basis, and decreased beta-cell mass on a organismal basis.

Pharmaceutically targeting a specific G protein signaling pathway requires knowing which cell-surface G-protein coupled receptor (GPCR) it is coupled to and which molecule is activating this receptor. Interestingly, we have recently characterized an endogenous molecule that is increased in diabetic mice and activates a β-cell receptor that is specifically coupled to Gαz: prostaglandin E2 (PGE2). PGE2 is the primary endogenous ligand of the E prostanoid receptor family, of which only EP3 is signals through inhibitory G proteins such as Gαz. First, we demonstrated that the EP3 receptor in the beta-cell is specifically coupled to Gαz and not other inhibitory G proteins. Next, we showed that both PGE2 production and islet EP3 expression are significantly up-regulated in mouse models of glucose-intolerance and type 2 diabetes, suggesting that this Gαz-coupled pathway might be playing a role in the islet pathophysiology of these conditions. We have shown that pharmacologically targeting the EP3 receptor in diabetic mouse islets can significantly improve diabetic beta-cell dysfunction, and have significant preliminary data that this will also hold true in type 2 diabetic human islets as well. The translational aspects to this project are a major aim of our current research program.

The essential ω-3 and ω-6 fatty acids serve as precursors to prostaglandins. PGE2 is derived strictly from dietary ω-6 fatty acids, which have become a significant portion of the world’s food supply. This shift in dietary fatty acid composition drastically elevates the ω-6/ω-3 balance and may have profound health implications, as ω-6 fatty acids have been shown to produce more pro-inflammatory markers, whereas ω-3 fatty acids yield more anti-inflammatory markers. Additionally, ω-6 and ω-3 compete for common synthetic enzymes for desaturation and elongation and a higher ω-6/ω-3 ratio will promote the formation of longer chain ω-6 fatty acid derived eicosanoids, including PGE2. Therefore, it can be postulated that an increase in ω-3 fatty acids will shift the ω-6/ω-3 balance, reduce PGE2 formation, and enhance insulin secretion. However, the relationship between ω-3 fatty acid consumption in humans and glucose metabolism, particularly in diabetic populations, is controversial. Moreover, a diet high in ω-3 fatty acids appears to be protective against pancreatic cancer and type 1 and 2 diabetes in vitro and in rodent models, but the mechanism behind this protection is unknown. Therefore, we hypothesize that a diet high in ω-3 fatty acids will enhance insulin secretion and help normalize blood glucose in both control and diabetic mice through a reduction in the PGE2-mediated stimulation of β-cell EP3 receptor. Testing this hypothesis in cell culture, established mouse models, and human non-diabetic and type 2 diabetic patients is another major aim of our current research program.

MIDUS – Midlife in the United States