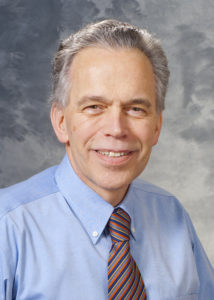 My laboratory studies contractile processes in heart and skeletal muscles and alterations in contraction in diseases such as heart failure. A primary focus of our research is the set of mechanisms by which calcium, various physical factors and signal transduction pathways regulate myocardial contraction.

We use a range of investigative approaches including biophysics, biochemistry and molecular biology in our studies of these mechanisms. Most of our experiments involve measurements of contractile properties of single muscle cells in response to alteration in contractile protein composition, which is done by biochemical exchange, gene knock-outs, and expression of proteins on a null background. In this way, we are able to assess the roles of specific proteins in regulation and determine the roles of specific domains in protein function.

Another focus of our research is the molecular mechanisms that determine the work capabilities of myosin molecules, which is essentially a study of the kinetics of nucleotide turnover by myosin. Our interest in this problem is stimulated by the observation that different myosin isoforms have widely varying work rates, which gives rise to variable work rates among the muscles of the body. Even the same myosin isoform expressed in different species can have dramatically different turnover kinetics, and work rates can be dramatically slowed in disease states such as heart failure and ischemic heart disease.

Our investigations of this mechanism feature systematic mutation of myosin molecules, expression in a baculovirus/insect cell system, and measurement of function using an in vitro motility assay system. Studies such as these are probing the most fundamental processes of the actomyosin ATPase, and results will presumably also have implications for our understanding of altered contraction in diseased heart muscle.

In this regard, the laboratory is presently engaged in extensive studies of the basis for contractile dysfunction in animal models of heart failure (CREB-A133 dominant-negative mouse) and myocardial stunning.

Figure (above)
Foreground: A gene “knock-in” targeting strategy for the cardiac regulatory light chain (RLC) gene is shown. The targeting strategy makes use of homologous recombination in mouse embryonic stem cells in order to replace the wild type, endogenous gene with a gene bearing a specific mutation of interest. Chimeric mice are then bred to produce mice homozygous for the mutation. Functional effects of the mutation are assessed from the whole animal to the molecular level by using a variety of biochemical, histological, and mechanical assays.

Background: a single mouse myocyte is anchored to two pins connected to a force transducer and length control device in order to measure force and kinetics of activation.